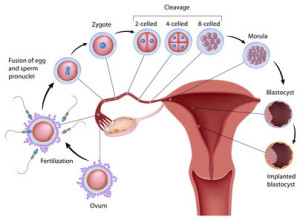 In our AAH Fertility Clinics in Richmond Hill and Markham we use traditional Chinese medicines including herbal remedies, acupuncture, naturopathic medicine and massage to treat the underlying causes of infertility and help women to conceive.

In fact, the causes of infertility are pretty much evenly divided between men (33%), women (55-60%) and various fertility factors that either involve both partners or unknown causes (20%).

Couples generally have to have had unprotected sex for a year before they are diagnosed as being infertile.

These are complicated processes that depend upon various factors, including:

Infertility can be the result if even one of these factors is impaired.

Chinese herbs were first used to treat infertility as long ago as 200 A.D. and the same herbal formulas are still in use today. Chinese medical journals often feature reports of large scale clinical trials exploring the uses of Chinese medicine in fertility treatments and Chinese doctors report a 70% success rate in using herbs to treat both male and female infertility. Many hundreds of different types of herbs are used to make up complex formulas, depending on the particular syndrome presented. In addition, herbal medicine is often used in combination with acupuncture, diet and lifestyle modifications and massage to treat infertility.

Traditional Chinese medicine is also becoming increasingly popular in the west because it has been shown to be safer, a great deal less expensive and even more effective than more invasive Western methods.

This may be, in part, because traditional Chinese medicine treats the whole person, not just the disease, and focuses on re-establishing balance and reducing stress while simultaneously regulating hormones and menstruation. It also recognizes that many cases of infertility stem from functional rather than structural problems.

Acupuncture is just one traditional Chinese medicinal technique that is being used increasingly in fertility treatments, including ovulatory dysfunction, male infertility and improving the outcomes of in-vitro fertilization and embryo transfer (IVFET).

According to traditional Chinese medicinal theory, acupuncture regulates the flow of qi (vital energy), blood and body fluids, corrects disturbances, blockages, and dysfunctions of body organs in the body, and restores their normal functions.

The modern scientific proving is that acupuncture may improve ovulation by modulating the central and peripheral nervous system, the neuroendocrine and endocrine systems, ovarian blood flow, and metabolism.

Acupuncture also reduces depression, anxiety and stress and modulates immune function, which may be why it helps improve the outcomes of IVF-ET. For more information about our fertility clinics in Richmond Hill and Markham or any other of our traditional Chinese medicine treatments please call Advanced Acupuncture and Herbs Clinic on 416 399-3888.

Call to discuss your options:

Great things happen when you put your heart into it.

Questions about your first appointment or if your insurance will cover the cost? Find more information below.